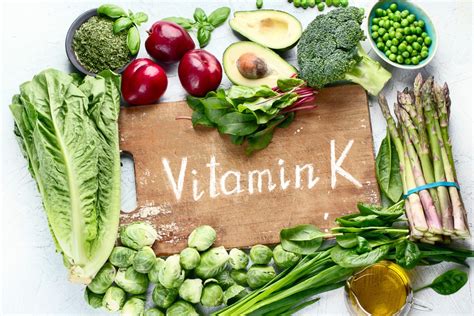 For the past decade, we have been hearing so much about how vitamin D can promote good health in almost every respect. But now, based on the remarkable knowledge scientists have gained regarding vitamin K, we have a new kid on the block that may end up being the next vitamin D.

Top researchers in the field of nutrition science have discovered that vitamin K, just like vitamin D, is crucial for preventing cancer, osteoporosis, heart disease, and diabetes. And same with vitamin D, nearly everyone is deficient. Find out how vitamin K works to offer protection against these diseases and ways to get adequate vitamin K into your body.

What is Vitamin K?

Vitamin K is best known for its role in helping blood clot properly, but there is more to it than just that. Vitamin K is a group of structurally similar, fat-soluble vitamins. The two main types of vitamin K are K1 and K2. Vitamins K3, K4, and K5 also exist but they are synthetic forms used to inhibit fungal growth as well as by the pet food industry.

Additionally, there are different forms of vitamin K2, of which MK4 and MK7 are the most significant.

Apart from the ability to control blood clotting, researchers have discovered many additional advantages of Vitamin K, among which include the prevention of osteoporosis, heart disease, cancer, and diabetes.

1. The Missing Link In Osteoporosis

We have always been told that a higher calcium intake prevents osteoporosis. Then how come countries like the U.S., Canada, and the Scandinavian countries, which have the highest calcium consumption also have the highest rates of osteoporosis? The reason is that these countries have adopted nutritional guidelines that are based on an incorrect theory of bone mineralization.

When your body’s soft tissues are damaged, they respond with an inflammatory process that can result in the deposition of calcium into the damaged tissue. When this occurs in your blood vessels, you have the underlying mechanism of coronary artery disease – the buildup of plaque that can lead you down the path of a heart attack.

Thankfully, if your body has adequate Vitamin K2, it will work together with vitamin D to increase a protein called Matrix GLA Protein (MGP). This protein is responsible for preventing calcium from entering your blood vessels. Studies show that higher ingestion of vitamin K2 substantially reduces aortic calcification and coronary artery disease.

Unfortunately, despite all these exciting findings of vitamin K2, don’t expect to hear much from your physician. Research is still in its infancy stage and it will take many years before it is applied to mainstream cancer treatments. However, vitamin K2 is relatively safe to be used as an additional cancer-preventive nutrient.

Recent research shows that vitamin K2 supplementation can help regulate glucose metabolism by activating the protein hormone, osteocalcin in your body. “Active” osteocalcin has been shown in studies to improve insulin sensitivity. This is an incredibly important benefit as enhanced insulin sensitivity means that your body is more efficient in directing sugar from your bloodstream to your muscles and liver.

At present, there are no meaningful lab assessments of vitamin K status. Vitamin K measurements in the blood plasma only reflect what was in your diet the day before.

Scientists are currently working on assessing vitamin K indirectly by measuring circulating MGP, the protein that is activated by vitamin K2. Based on this information, you can evaluate your risk for arterial calcification, hence, cardiac risk.

Visit the links below:

Carol Chuang is a Certified Nutrition Specialist and a Metabolic Typing Advisor. She has a Masters degree in Nutrition and is the founder of CC Health Counseling, LLC.